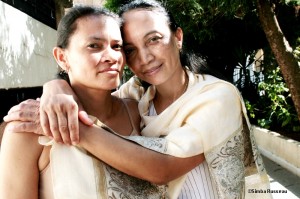 Currently there are over 5,000 Madagascan women in Lebanon. Many came to escape poverty and political turmoil in their country

Beirut, February 2010 : Female migrants, for developing countries like Madagascar and Nepal, are becoming the main export as the labour market demand for a new form of modern-day slavery – domestic servitude – increases in the Middle East.

“The share of women migrating for employment rather than family reasons hasincreased over time,” says Maurice Schiff, World Bank lead economist at the Development Research Group.

Women made up 40.5 per cent of the global labour force in 2008, up from 39.9 per cent in 1998. During the 1960’s, women accounted for nearly 45% of the total migration mainly for reunification with their spouses who were already employed abroad. In the current financial climate many families, faced with a life of extreme poverty, are desperate to find a way out. Forcing women, who make up nearly half of the global migrant population, to leave their families and children to care for another’s household.

Yvette (not her real name), originally from Madagascar, arrived to Lebanon several months ago to work as a domestic worker. However, after several months of being employed Yvette just had a nervous breakdown, said her Lebanese employers.

At the Hospital Psychiatrique de la Croix in Jal Ed Dib, Yvette sits and waits. After knocking, a nurse dressed in all white answers the door. The Lebanese employer and his Filipino maid, Jess enters.

Aimee Haryl, a social worker at the Madagascan consulate, who came to translate and assist in finalizing Yvette’s ticket and paperwork so that she can travel the following day, accompanies them.

As the sun slowly peers into the windows, Yvette appears wearing a pink tank pajama top and pajama pants. Her hair is standing straight up and hasn’t been done for days. She is in a daze as her frail body wanders aimlessly into the waiting room where Jess, Aimee and her employer await to greet her.

“Yvette. It’s Baba,” says the male employer. “Haram, she needs water and should not be given more medication because she is not lucid.”

She expresses some excitement but is too drugged to even respond or become aware of what is happening around her. Aimee escorts Yvette to the chair while two nurses inform the employer of her condition.

According to Aimee, Yvette comes from a poor family in Madagascar and they took her to recruiters against her will. The recruiters forged her documents to state that she was of age but was actually only 15 years old.

Cases like Yvette are not uncommon in Madagascar, an island country located in the Indian Ocean off the southeastern coast of Africa, which has experienced a series of military coups and political turmoil since gaining independence from France in 1960.

“Many people in Madagascar are living in poverty,” says Aimee. “Every day applications are being processed for women seeking work abroad.”

Madagascar has an immigration rate of 0.9%. In 1998 there were only 300 migrant workers, mainly women, in Lebanon. But according to Aimee, after 2006 when the Philippines enforced a ban on workers traveling to the country an influx of workers poured in increasing numbers to more than 5,000.

“At least fifty to sixty women enter Lebanon every day from Nepal to work as domestic workers. Most are between the ages of 18-25 years old and some come under false employment contracts,” says Dipendra Upetry, a Nepalese community leader and migrant worker.

Nepal has an immigration rate of 3.9%. In 1998 only eleven migrant workers, mostly male, were employed in Lebanon. However, after 2006 the country became a major destination for Nepalese women who comprise more than 90% of the 17,000 Nepalese migrant workers in Lebanon.

“People are desperate for work in Nepal and more women are leaving their families and working as housemaids because the employment agencies are advertising a need in this area, says Dipendra. “The bad side is that a lot of Nepalese men in Lebanon are trafficking women from Nepal because they earn a commission from local Lebanese recruitment agencies once the woman is hired.”

Remittances worldwide, despite the financial crisis, have exceeded $318 billion in 2007, of which developing countries received $240 billion.

Although women make up the majority of remittance recipients worldwide they are also heavy contributors to remittance flows in developing countries.

The World Bank’s ‘Migration and Remittances Fact book 2008’ indicates that cash flows from migrants back to their home countries now far exceed direct aid flows from donor nations, about $104 billion a year, or foreign direct investment, about $167 billion.

The flow of domestic labour, a low-skilled and unregulated sector, has remained stable throughout the financial crisis in destinations in the Middle East, like Lebanon where social status has been a driving force behind the increase of employing a domestic worker.

Estimated at some 200,000 people – about five percent of Lebanon’s population – rights groups warn that migrant domestic workers, most of them women from the Philippines, Sri Lanka and Ethiopia, remain unprotected by labour laws and subject to a range of human rights violations including forced confinement, rape and unpaid salaries by their employers.

Several months ago, after reports surfaced of a high rate of domestic suicides, the Madagascan and Nepalese government enacted a ban prohibiting domestic workers from travelling to Lebanon.

Given that their working environment is the private homes of individuals, monitoring labour conditions and ensuring employers adhere to the rights set out in the new contract, approved by the Ministry of Labour in March 2009 has proven until now unenforceable. 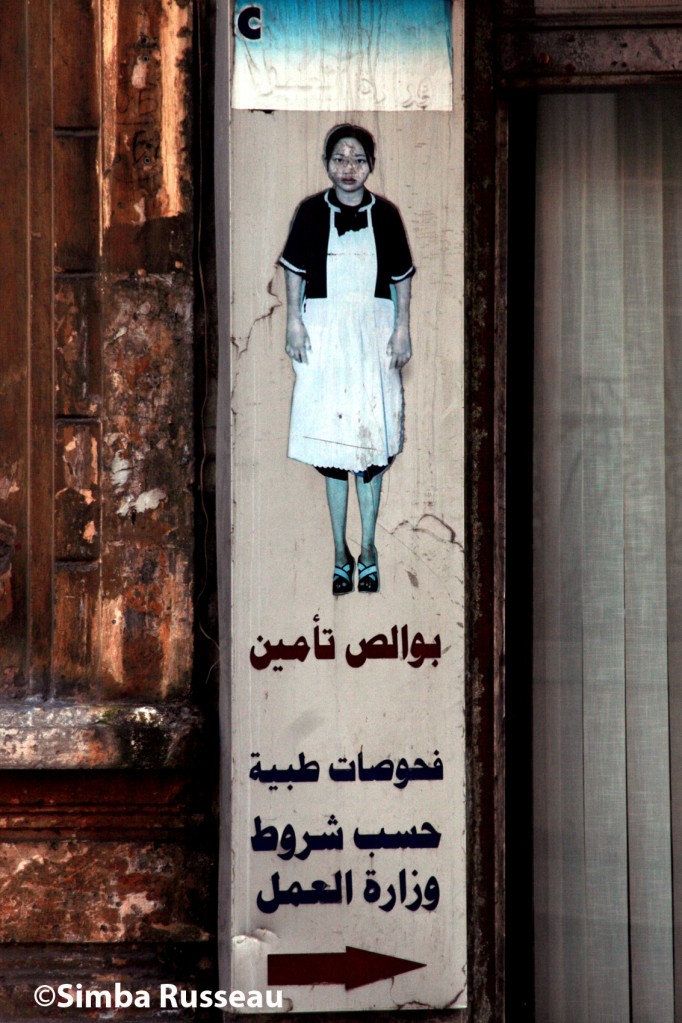 Advertisement for a maid agency in Lebanon