Excerpt from Fertile Ground: How governments and donors can halve hunger by supporting small farmers, 2010
By ActionAid 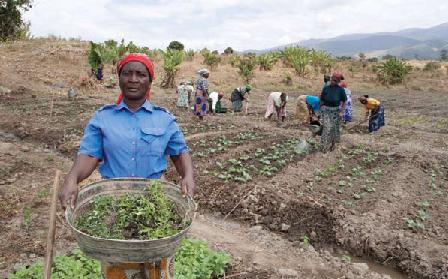 Between 1980 and 2005, funding for agriculture from most national governments and donors all but dried up. In 1984, agriculture received 16 per cent of total aid, but by 2006 it had fallen to less than 4 per cent – in absolute terms it halved during this period. After years of willful neglect under structural adjustment programmes, agriculture is now firmly back on the agenda, and many governments and donors have finally started increasing spending on agriculture, particularly in Africa under the aegis of theComprehensive Africa Agriculture Development Programme (CAADP).

To make maximum impact on poverty and food security, it is critical that this investmentresponds to the needs and priorities of the smallholder farmers who grow over 50 percent of the world’s food and as much as 90 per cent of the food produced in Africa. This report identifies five major problems with current government and donor agricultural spending: