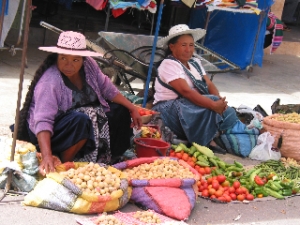 Food is a basic human right. Everyone must have access to safe, nutritious and culturally appropriate food in sufficient quantity and quality to sustain a healthy life with full human dignity. Each nation should declare that access to food is a constitutional right and guarantee the development of the primary sector to ensure the concrete realization of this fundamental right. Via Campesina’s Declaration on Food Sovereignty

After the global food crisis in 2007 –which left 75 million people hungry in that year alone (1) -access to food became a pressing concern for policy makers and social movements alike.

Presently, an estimate of 642 million people are considered chronically hungry in Asia and the Pacific, 265 million in Sub-Sahara Africa, 53 million in Latin America and the Caribbean, 42 million in the Near East and North Africa, and 15 million in developed countries(2).  Drastic increase in food prices around the world have led to food riots in Haiti, Pakistan, Mozambique, Bolivia, Morocco, Mexico, Senegal, Uzbekistan, Bangladesh and Niger. This situation has also encouraged “land grabs” by wealthier countries in poorer nations (3).

Paradoxically, most of those affected by hunger and food shortages are small-scale farmers. Women have been particularly impacted.  “In 2006, 60% of those who suffered from chronic hunger were women” (4) and the hardest hit by high food prices around the world were female-headed households (5). The “feminization” of agriculture as a growing global phenomena has implied increased vulnerability for small-scale female farmers who grow between 60-80% of the food in poor countries and half of the world’s food (6).

Food shortage has been associated to a number of interrelated politico-environmental reasons:

While top-down schemes emphasize “food security” as the answer to food shortages, grassroots political actors around the world demand “food sovereignty”. The notion of “food security” considers hunger to be a technical problem –mainly how to get food to those who need it –and does not consider questions of systematic exclusion and inequality. The notion of “food sovereignty”, in contrast, acknowledges “the right of each nation to maintain and develop its own capacity to produce its basic foods” (7).

This guide provides a number of guiding questions for discussion and/or analysis on the issue of food, links to public declarations by movements and actors engaged in political mobilization, related videos, readings, and a course outline. Click the appropriate category for more information. 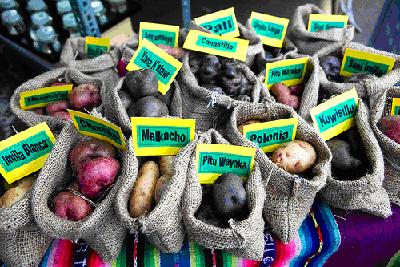